Drawn from a time when san-serif typefaces were a response to demands for a style that embodied practicality, equality and reform, and had yet to be stripped of their humanity by modernism. New Reason seeks to revive the bounce between capital and lower-case letters and celebrate the drawing board mechanics of its early grotesque predecessors.

Wide and stable capitals were united with a narrow, lively lower case. New Reason is an ode to commerce when it was sincere, when industry meant effort and service was silver.

With 5 weights and two character sets, one for headings, the other for text, New Reason presents itself as warm, dignified and capable. Respecting the craftsmen of the past whilst holding its own as a typeface for today. 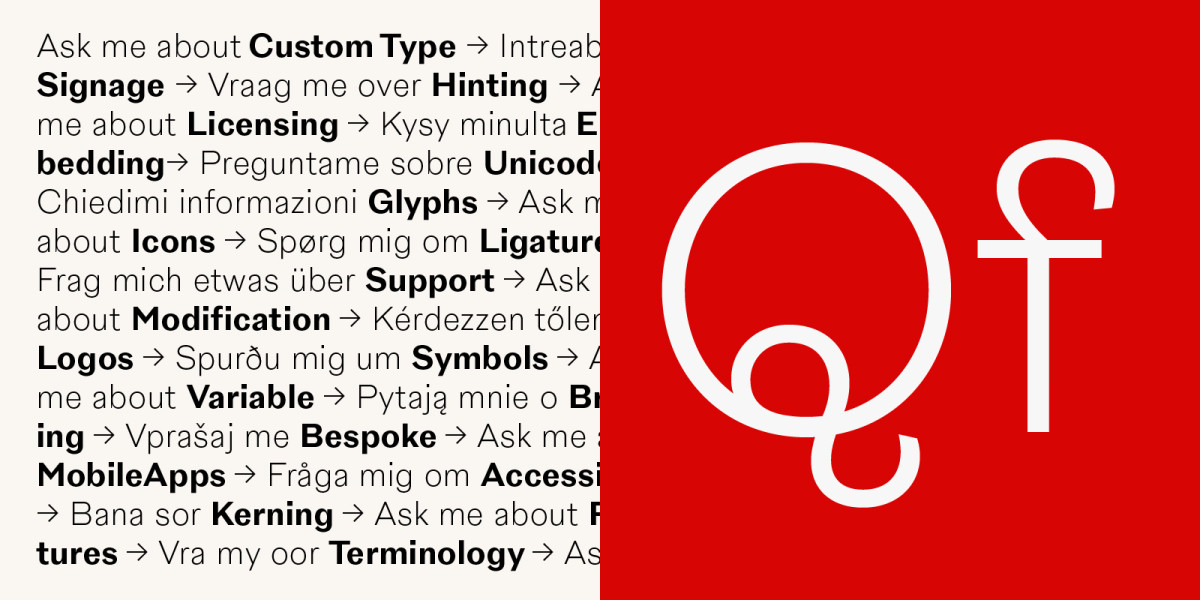 Early sans typefaces were not organised as they are now. Weights and sizes were designed and manufactured separately, and a single font would startle with its unexpected combinations of structures, terminals or apertures.

By Miles Newlyn
→ Read the article